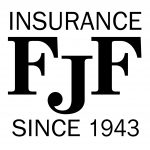 Did you know insurance can be fun and interesting?

1. Insurance is thousands of years old

The first appearance of insurance in history reportedly happened in China, around 3000 B.C. Merchants who depended on ship transport of goods were at risk of losing merchandise in shipwrecks. The Merchants came together and decided to distribute their goods across a number of ships, so that in case of a shipwreck each Merchant would lose a minimal amount of goods vs one Merchant suffering a total loss. Modern insurance works in much the same way, with money being collected and pooled by insurers, ready to be paid out in claims.

The United States oldest insurance company was founded in 1752 by Benjamin Franklin and others; The Philadelphia Contributionship. It was modeled after English Insurance Companies that were created after the devastating London Great Fire of 1666. The Philadelphian based company has various building standards of its covered properties that needed to be met and even had a chimney sweep to clean chimneys of insured homes. Like modern insurers, the company sent inspectors to evaluate properties and determine a risk assessment of the property. The Philadelphia Contributionship issued seven year policies and any claims were funded out of a capital reserve.

According to the Centers for Disease Control and Prevention, it is estimated that annually 4.5 million people are bitten by dogs and of those people, 20% need medical attention. These dog bites and dog related injuries cost homeowners over $686 million dollars in liability claims each year! Due to the liability issues home insurance policies exclude various dog breeds such as but not limited to: Akitas, Mastiffs, Pit Bulls, Alaskan Malamutes, and Rottweilers.

An insurance policy exists for death by excessive laughter at a movie theater.

During the early 19th century, movie-goers were so scared of dying due to excessive laughter that they bought insurance through Lloyd’s of London.

5. An insurance company offered a cash reward to anyone who could capture the Loch Ness monster.

Give one of our experienced agents a call at 269-925-0611 or visit Flaugh.com for more information.

Wherever you are, call our office!